On our website, we would like to use the services of third-party providers who help us improve our promotional offerings (marketing), evaluate the use of our website (performance) and adapt the website to your preferences (functionality). We need your consent for the use of these services; you can always revoke this consent. You can find information about the services and the chance to reject them under “User-defined.” You can find additional information in our Data Protection Policy.
Allow all services
User-defined

European Trade Fair for Machine Technology, Equipment and Supplies for the Wood Crafts

+++ The entries in the exhibitor & product database correspond to the registration status for HOLZ-HANDWERK 2020 from 28 February 2020. +++

What information should be shown in the print layout?

Information on data protection can be found here.

refresh
Send
Your message has been sent.

You do not have a registration yet? Register now and use all advantages of the Exhibitors and Products Database and the TicketShop.

An error has occurred.

At our premises there is a historic photograph on the wall, showing 60 employees sitting in front of an old factory „Remscheider Bohrer Fabrik Friedr. Aug. Mühlhoff“. This photograph dates from 1912. By then, the FAMAG manufactory of tools was already almost 50 years old. According to our records, the Remscheid drillsmith Friedrich August Mühlhoff founded the “Remscheider Bohrer-Fabrik Fried. Aug. Mühlhoff" in 1865. Even his father, a drillsmith himself, had his own drilling manufactory since 1837. As the picture clearly shows, auger bits, gimlet and spoon auger bits for carpenters, joiners and wheelwrights were produced. In those days a factory-owned steam engine powered the machines, grinding stones and drop hammers. At peak periods six drop hammers driven by transmission belts were forging drills. During the difficult post-war period it was good that the steam engine had not been disposed of by the time the factory was converted to electricity, because in case of electrical power outage, production could go on literally “under full steam”. Over the years, the production range expanded to include drills for wood, metal, stone as well as soil augers and several specialized tools. Further former records reveal that back then, it was already very important to the workpeople to produce tools characterised especially by a long operating lifetime: quality tools!

Do you know the meaning behind the name “FAMAG”? A long time ago, the company was structured as a German AG (PLC). For that reason, the initials of Friedrich August Mühlhoff (F.A.M.), its founder, were combined with the company´s corporate form and so the name “FAMAG” was born. At the end of the last century the company was officially called “FAMAG-Werkzeugfabrik Friedrich-August-Mühlhoff”. With the beginning of the new millennium the last member of the Mühlhoff family left so we dropped the addition “Friedrich-August-Mühlhoff” and today we trade under the name “FAMAG Werkzeugfabrik”.

Our production facility is situated in the centre of the country of Berg, a territory of the Duchy of Berg who gave the region its name. This area is also known as the cradle of the German tool industry because tools have been traditionally manufactured here for many centuries. However this industrial landscape has drastically changed especially over the last decade. Those, who still have an “iron in the fire” today, continuously have adjusted the production according to market changes over the years. On the one hand this requires in-depth knowledge of market needs along with customer demands and on the other hand a consistent modernisation of the production process. Today FAMAG has the most modern CNC machines and the latest robotic technology in use. Our highly qualified professionals apply themselves to the setting up and operating of machinery and pursuing quality assurance on a daily basis. 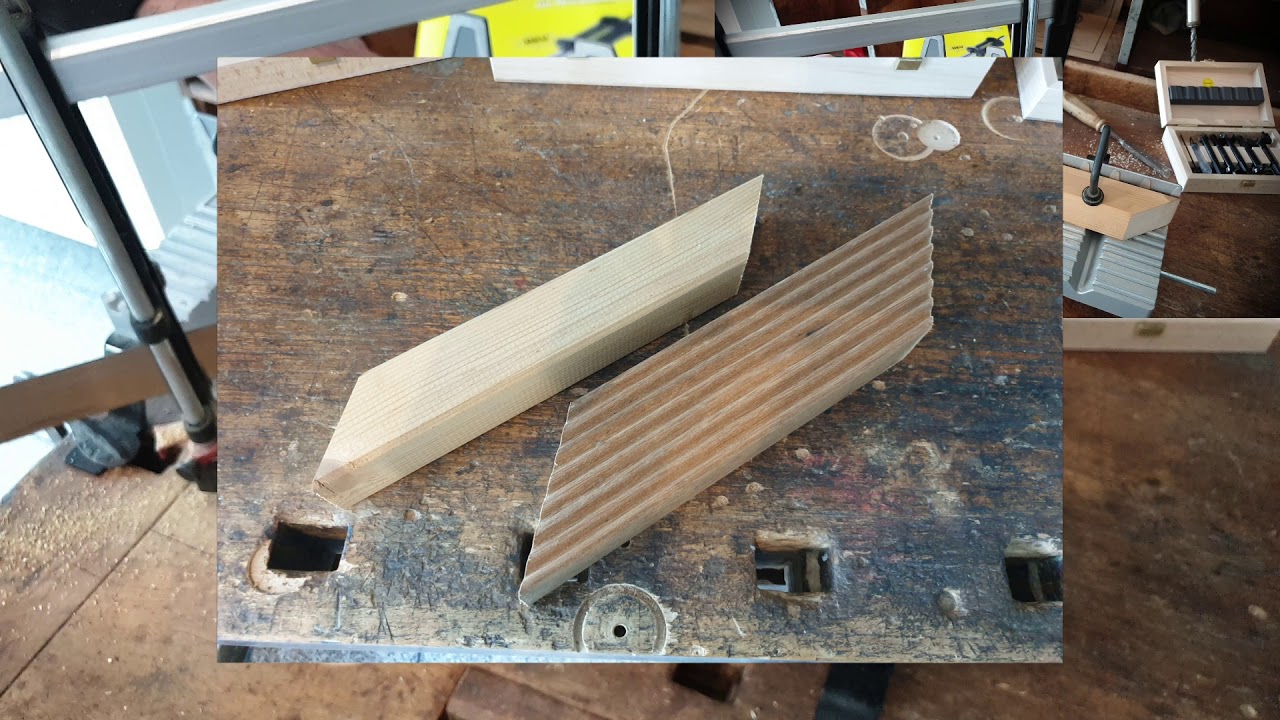 This embedded video is provided by YouTube. When the video plays, usage data is transmitted to YouTube. If you agree, click "Start Video" to play the video.

The new FAMAG PUMPSHANK® and the PAROLI® all-round hole saw are an unbeatable team.

The TCT Bormax ³ prima is the only Forstner bit with exchangeable centre point/ pre-drill bit with circumferential cutters with longitudinal grooves and made of high quality TCT (carbide tipped)!

The geometry of this product is patent-protected. Manufactured in Remscheid the Bormax³ TCT

Prima is a real “Made in Germany“ tool.

This exhibitor has no job vacancies

You decided to attend the HOLZ-HANDWERK? Get your ticket now!

Clicking on an exhibitor opens his profile with more information.

The selected entry has been placed in your favourites!

If you register you can save your favourites permanently and access all entries even when underway – via laptop or tablet.

You can register an account here to save your settings in the Exhibitors and Products Database and as well as in the Supporting Programme.The registration is not for the TicketShop and ExhibitorShop.

Your advantages at a glance: